Thermography is an imaging method for displaying surface temperatures. The great advantage lies in the visual representation of temperature differences.

Thermographic measurements provide valuable contributions in the areas of:

Only with the appropriate software can thermographic images be converted into a visually usable image (thermogram). With modern IR camera systems, thermography is a precise, fast and non-contact measuring principle over large distances.

Thermography offers great advantages for both qualitative and quantitative measurement tasks that cannot be performed with contact thermometers or pyrometers.

These are essentially measurement tasks 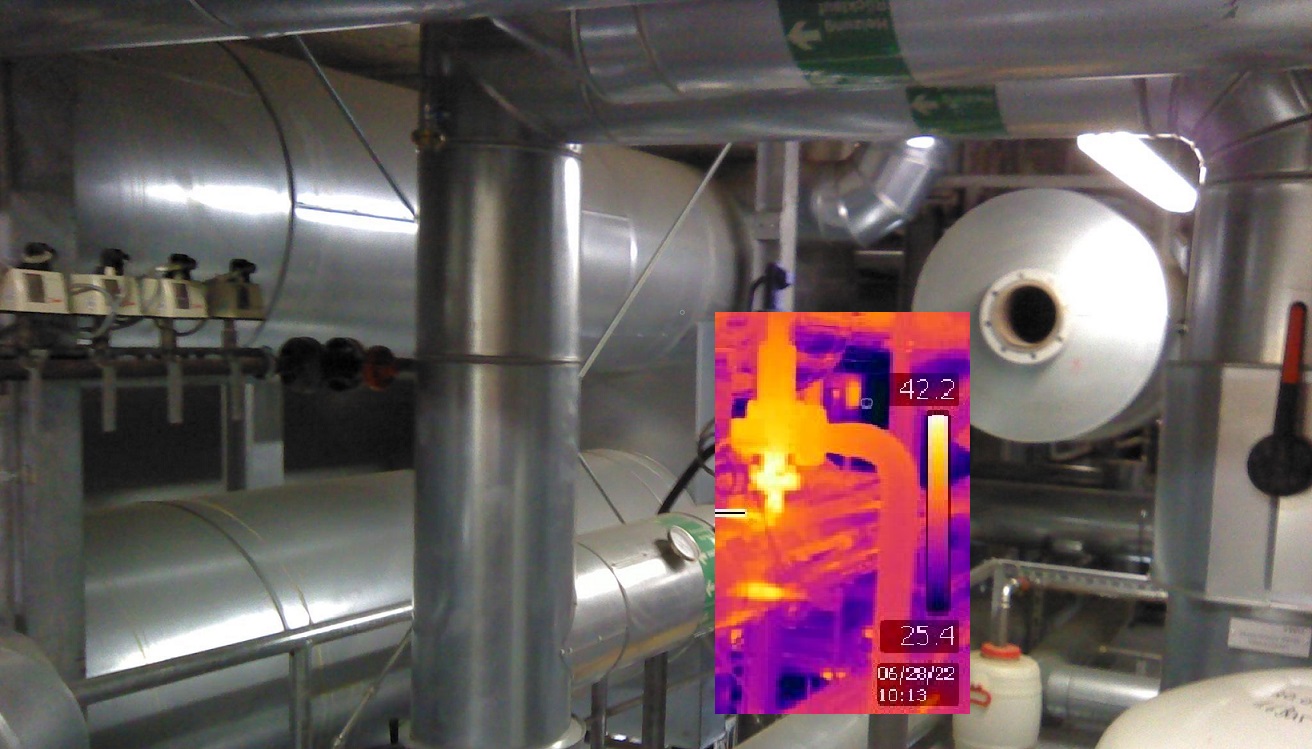 In building thermography, the heat radiation emanating from a building is recorded and mapped on a thermogram in different temperature ranges. This makes it possible to assess the energy condition of a building (part of a building) to be examined and to identify weak points (e.g. thermal bridges, sealing and insulation faults) or other defects. In addition, the position or course of water pipes, heating pipes, underfloor heating pipes and the heat distribution in radiators can be mapped.
The evaluation of the thermograms can be used in particular to detect deviations in concealed components and thus to determine energy losses. 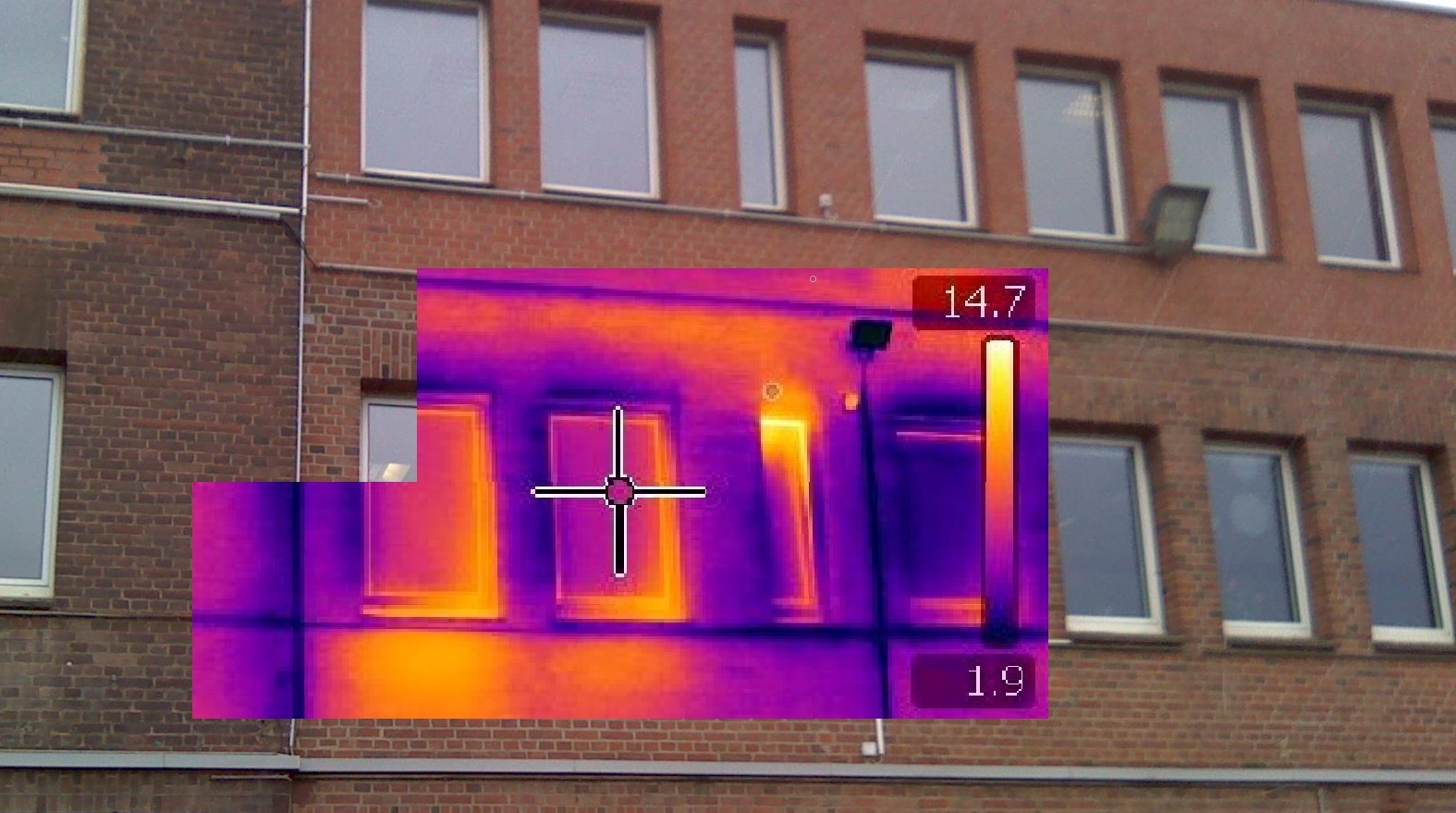 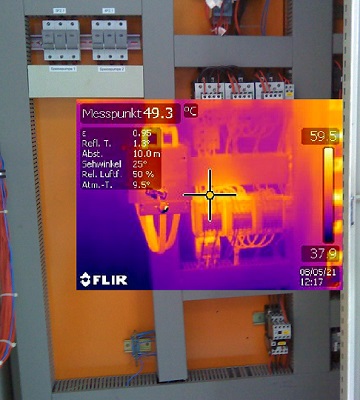 One of the basic quantities of the International System of Units is temperature. Along with pressure and concentration, it is the third of the so-called state variables, which clearly determines the energy content of a system. For each system, there is only one stable state, the lowest-energy state, for the defined state variables pressure, temperature and concentration. A system only leaves this stable state when the state variables change. If a body is in energy exchange with its environment, the temperature of the body and the environment changes until a new equilibrium is reached.

Basically, every surface, independent of the state of aggregation of the matter under consideration, emits an electromagnetic radiation, the so-called temperature radiation. This radiation propagates in free space as a transverse wave in a straight line at the speed of light. All radiations which form the electromagnetic spectrum differ only in the amplitude, the frequency and in their polarization state among themselves. Their intensity (amplitude) and wavelength depend exclusively on the temperature. The product of wavelength and frequency is always the speed of light.
Temperature radiation or thermal radiation thus arises from the internal energy state of a matter.

In the case of solids and liquids, the vibrations in the space lattice or the molecular bonds are essentially decisive for the intensity of the radiation. In gases, the energy state is determined by the rotation, oscillations and velocity energy of the individual atoms or molecules.

The intensity of thermal radiation from solids as well as liquids exhibits a uniform spectrum of wavelengths that extends continuously from the visible to the far infrared range. Whereas gases exhibit radiation only in certain narrow wavelength ranges.

QHSE compliance is a division of the QHSE group.

© 2021 QHSE compliance GmbH. Trademarks and brands are the property of their respective owners.